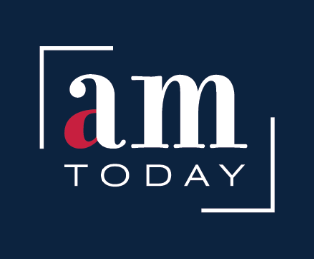 The unique summer-long event, titled Race to Arden, will provide golfers with halal meals and a safe space to socialize and pray.

In a bid to inspire diversity in the world of golfing, Muslim golfers from across the UK will participate in golf tournaments in three major cities — Manchester, London and Birmingham — as part of the “Race to Arden” event hosted by the Muslim Golf Association (MGA).

While the MGA and Muslim golf days are open to everyone, the events will specially cater to Muslims with halal meals and special arrangements for prayers. Gambling and alcohol are not allowed at the event. 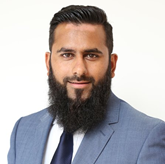 Amir Malik, the founder of MGA, said his faith made it difficult to socialize at golf courses.

“I’ve been fortunate to go to a lot of golf clubs and I noticed that as a brown face, you weren’t always welcome. I found that I couldn’t get involved in the social scene in terms of sitting and drinking alcohol at a bar and when it came to praying, you almost had to go hide and pray,” he said. “I was so intrigued to see how many more Muslims were in golf, and that was my inspiration to set up the MGA and we now have over 300 people in our database and play at a very good level.”

MGA is the first golfing platform that caters for the “modern, professional, Muslim golfer.” It was created last year to provide an avenue for Muslims (though not exclusively) to enjoy golf, network and socialize.

The first tournament, scheduled this Friday, takes place at the Worsley Park Marriott Hotel & Country Club in Manchester, which is regarded as “one of the finest” inland golf courses in North England.

The MGA partnered with Marriott and the Rural Education and Development (READ) Foundation to launch the event.

“Race to Arden” continues on July 30 at the Shire London, and ends on August 12 at the Forest of Arden Marriott Hotel & Country Club in Birmingham.

During each event, every golfer earns points depending on where they finish that day. The overall winner is determined by who has the highest points at the end of the three tournaments.

MGA will also launch a Muslim women’s golf association where women who wear hijabs and niqabs can participate in coaching classes.

Malik said MGA’s purpose is to provide a way to support those with talent.

“I had a cousin who could have gone pro when he was 16-years-old but didn’t have the financial backing or support. That has always stayed with me, so another agenda for the association is to create a platform to support anybody who has talent,” he said. “We want people to come out and break the stereotype that golf is only played by white middle-class men.”

Registration for the rest of the tournament can be found here.